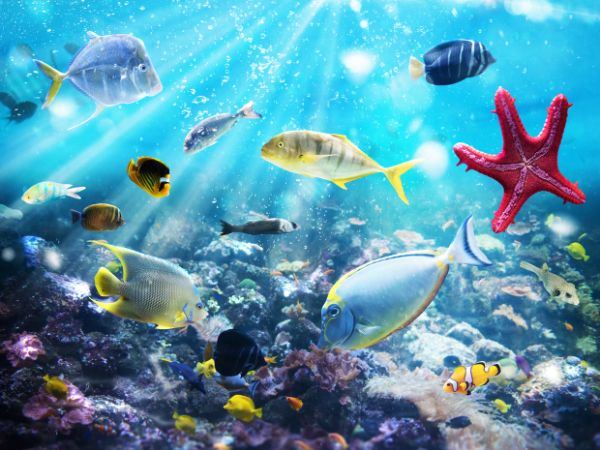 This week at the Our Ocean 2017 conference, we will raise awareness about lost and abandoned fishing equipment, which can trap, injures, and kill hundreds.

Our oceans and marine life have suffered severe consequences from the actions of humans. Today’s problems include pollution, overexploitation, coastal degrading, and global warming.

A small but important problem that can have a significant impact on the sea life is lost or abandoned fishing gear. Also known as ghost gear.

Our oceans are haunted by ghostly death traps

Each year, over 100,000 dolphins, whales, seals, and turtles are caught in 640,000 tons of abandoned, lost, or discarded fishing equipment. These animals can be injured, killed, or maimed by being entangled.

For smaller animals like seal pups and other small ones, they may place their heads through monofilaments (single continuous strands or ropes made of synthetic fiber) or rope. They can be fastened around the necks of young animals, or even their bodies, and slowly cut into their flesh.

Ghost gear can trap larger animals for many months, or even years. This causes immense suffering and pain. An animal may become starved if it is kept in entanglement for too long.

Whales, for example, that tow large quantities of fishing gear can become exhausted and eventually drown. This prolonged suffering can last up to six months.

The impact on people and trade

Ghost gear can also have a negative impact on the marine and seafood industries.

One tonne of ghost fishing gear is lost for every 125 tonnes of fish caught. The loss of fishing gear can cause large-scale destruction to marine ecosystems, as well as compromise income and yields in the fisheries industry. Globally, it has been shown to cause a 10% decline in fish stocks. According to US researchers, a ghost net can kill nearly USD$20,000 worth Dungeness crabs in a decade.

It is encouraging to see that there are organizations and people around the world working to address this problem.

Each year, the marine and government industries spend hundreds of thousands of dollars to repair and clean up ghost gear damage in their jurisdictions.

This vision was reflected in the Sustainable Development Goals of the United Nations – 17 ambitious targets for positive change.

Sustainable Development Goal 14, “Life below the water”, is dedicated to protecting our oceans. This goal gives us all, governments and businesses, the mandate and obligation to change the tide for our oceans.

This goal’s first target focuses on marine pollution. It calls for a significant decrease in marine pollution, including ghost gear, by 2025. The UN hosted the first ever Ocean Conference in New York in June as part of its vast efforts to protect the oceans. This conference was designed to transform Goal 14 into concrete, positive actions that will drive improvement for the oceans and marine life around the world.

It was a privilege to be there and to see the commitment of other countries and organisations to share their collective knowledge and strength. All were on the same page. We need to take immediate action to save marine life. This requires a positive attitude and a willingness to do anything to make it happen.

The European Union organized the Our Ocean 2017 Conference in Malta this week. Many see it as a continuation of the UN’s June event, The Ocean Conference.

We are trying to increase awareness and encourage action about the problem of abandoned and lost fishing gear. We will encourage other governments to tackle the problem of ghost gear, such as implementing national marine litter plans or joining the Global Ghost Gear Initiative. This initiative was founded by us in 2015. It is the first to tackle this issue on a global level.

Sea life: A call for action

Now is the time to take action for the marine life of the world.

There is increasing pressure for countries to reduce marine litter. Healthy oceans are vital for the wellbeing of our planet, both for animals and humans. This is where the United Nations has its responsibility.

We hope to build on June’s momentum at the UN Ocean Conference, and see immediate and forward-looking actions that protect marine animals.

We believe we can have ghost-gear-free waters if advocates, governments and the industry work together as champions and partners. It is crucial for the future of our oceans and its inhabitants.